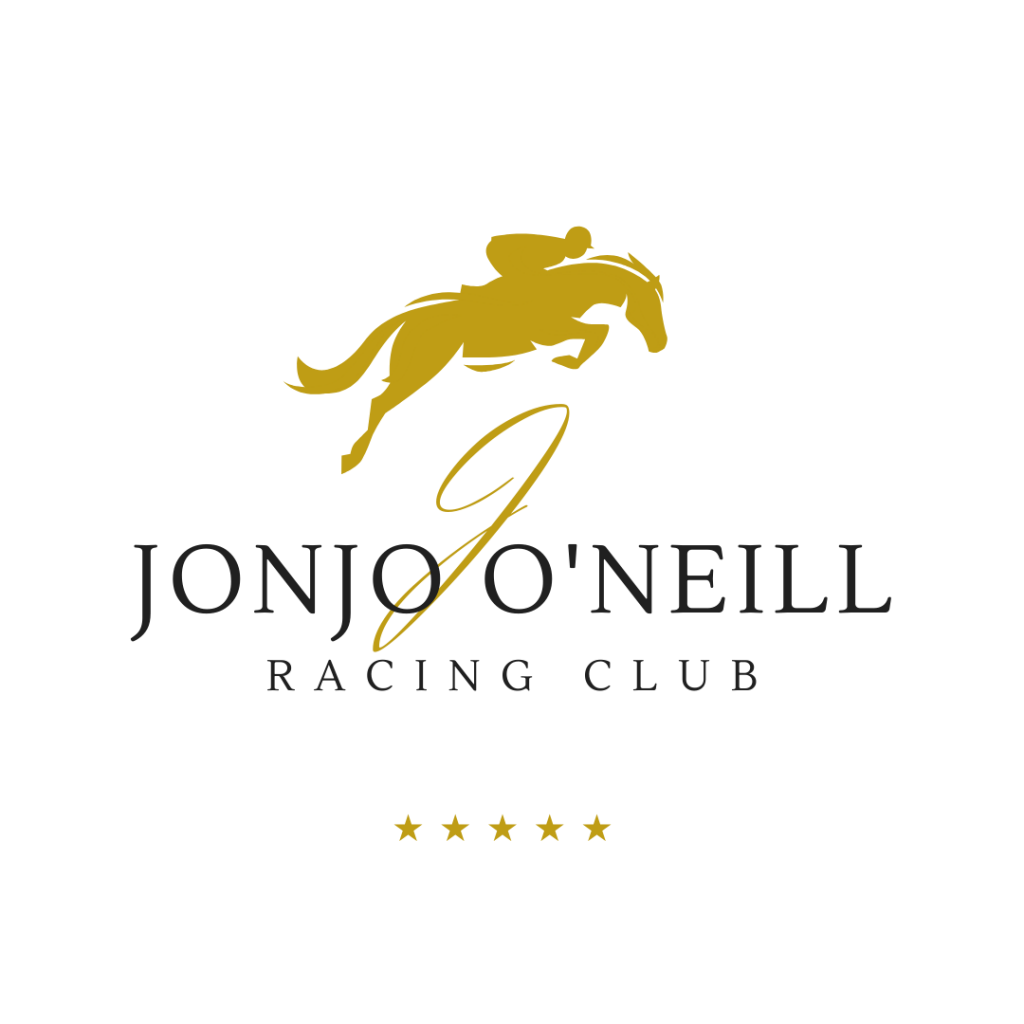 The club offers members the chance to be involved with the legend that is Jonjo O’Neill.

For just £99, members will have the chance to go racing when a club horse runs and enjoy stable visits to the stunning Jackdaws Castle.

Or for just £1200, we invite you to become a member of our executive club. Find more information here

The Composeur will be wearing our "Sea Pigeon" colours for 2022.

He is a 7 year old gelding by Mahler and is a half brother to the welsh Grand National winner Secret Reprieve.  He started his career in the Point to Point field and has now run 15 times with 4 victories on his c.v.  Following his Point to Point win he has been successful twice over hurdles and also over fences.  He is still an unexposed chaser who is learning his trade who does not want extremes of ground.  His final run in 2021 saw him pull up at Carlisle on very testing ground.

He is a horse that Jonjo likes who will win races for the club in 2022 and hopefully follow When You're Ready into the winners enclosure. 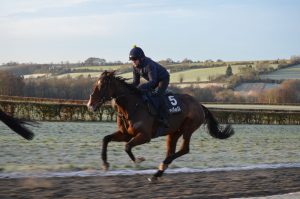 His Dream had 7 runs for the Racing Club in our first year. His best performance was 3rd at Warwick whilst being readied for a Summer campaign on his preferred quick ground. Unfortunately injury prevented him from adding to his previous 5 victories and the decision was taken to retire him.

As with all our retired horses we find excellent homes for them to carry on enjoying life and His Dream is now with Amy near Warwick settling in to his new surroundings in the company of 4 other retired racehorses. He will be ridden regularly and spoiled rotten. In his time at Jackdaws Castle he was trained out of a field and loved rolling in the mud, not surprisingly he has earned the nickname “the mud monster” from Amy.

Amy will give us regular updates on his activities which we will share with Members. 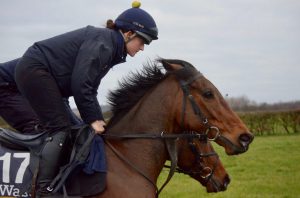 When You’re Ready joined the Racing Club in January 2021 as a replacement for Tegerek. His first run in our colours saw him battle to victory in heavy ground at Leicester under a great ride from Jonjo Jnr over hurdles. Sadly the meeting was behind closed doors but our hundreds of Members watched the victory on TV as our iconic “Sea Pigeon “ colours graced the winners enclosure once more, it was a great day and over 200 hundred Members sent emails and texts to say what a thrill he had given them.

Two further runs over hurdles saw him finish 3rd at Uttoxeter and then 8th at Market Rasen before he went off on his Summer break to prepare for a new season over fences. His chase debut at Worcester saw him finish 3rd before he stepped up on that performance to win at Chepstow in early December with a great display of jumping under Kevin Brogan. This time 10 Club Members were able to join us at Chepstow with  some joyous scenes in the winners enclosure.

We were able to get one more run from him in our colours at the Coral Welsh Grand National meeting just after Christmas where he stepped up in grade to finish 2nd. Although the meeting was behind closed doors our Members were able to watch the race live on ITV.

When You’re Ready gave us some great days and although he has now returned to his Owners we will keep Members updated on his progress throughout the year. Many Members will recall their visit to Jackdaws Castle over the Summer when he was on holiday and steadfastly refused to come and meet them "close up" He did however agree to meet Monica Wakefield ( pictured) who has kept herself in the best company over the years as the groom to sea Pigeon in his racing Days. Is When You're Ready trying to tell us something.!  A real character who ensured the Jonjo O’Neill Racing Club got off to a winning start. 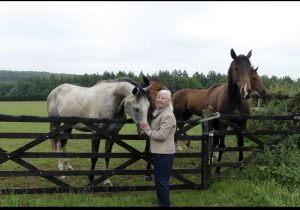 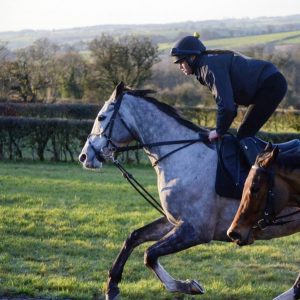 Enjoy exclusive insights from Jonjo about the Racing Club horses, and videos from the gallops, jockeys and team at Jackdaws Castle.

Our horses will carry the famous Sea Pigeon colours, worn by Jonjo to win the Ebor in 1979 and the Champion Hurdle at The Cheltenham Festival the following year.